Music industry Veteran Angela Piva talks Naughty By Nature, her long history with Roland, and the future of music: the kids!

Angela Piva has been in the music industry for 28 years. With a resume that includes work with Michael Jackson, Toni Braxton, Run-DMC, and Naughty By Nature (to name a few), it's safe to say these accolades are only a fractional representation of her immense talent. Grammy nominations and multi-platinum hits aside, Piva spends most of her time teaching at the Feirstein Graduate School of Cinema, where she serves as a mentor to students entering the world of composition and recording. We caught up with the prolific producer to discuss some of her favorite projects, inspirations, and all things Roland. You have had an illustrious career as an engineer, musician, and producer. Can you tell us about some of your favorite projects and/or sessions? How have Roland products colored your workflow over the years?

The sessions I recorded and mixed with Naughty By Nature ("OPP," "Uptown Anthem," "Hip Hop Hurray") were some of my favorites. The group is very talented and penned a lot of top records including songs for a variety of soundtracks, other artists, etc. We integrated live musicians with sequencing and sampling and created a raw sound that ended up being very commercial.


We integrated live musicians with sequencing and sampling and created a raw sound that ended up being very commercial.​ 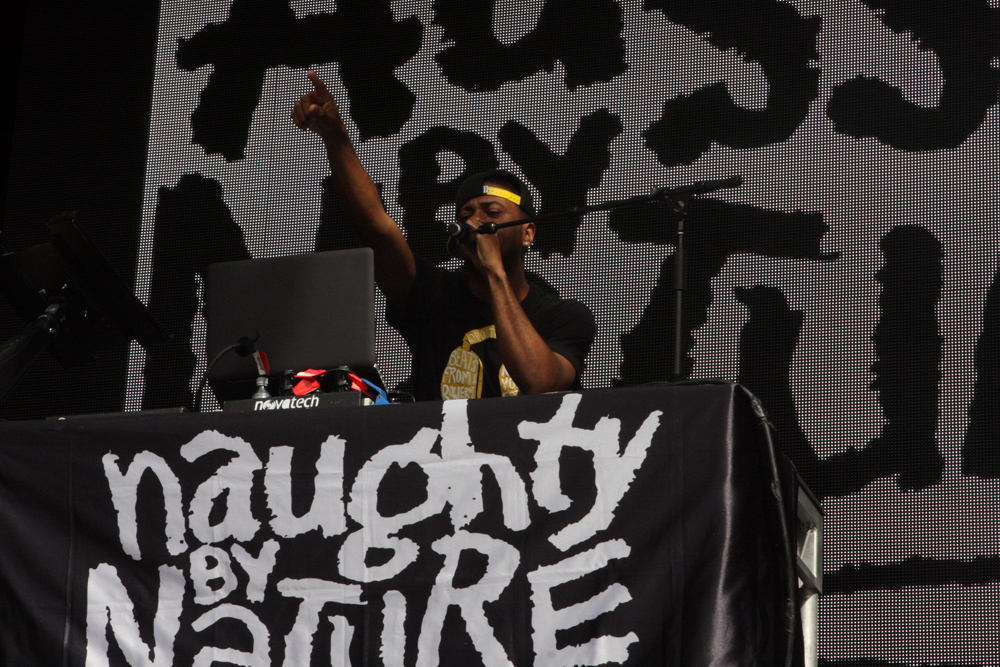 Of course, I have been using the Roland TR-808 and TR-909 drum sounds for many years. Prior to having Roland Cloud access, I had my own sample library which I created and perfected over the years, sampling some of my favorite drum machines and enhancing the sounds for each distinct usage.

But Roland has always been about much more than legendary drum sounds used across multiple genres. The JUNO-106 is great for lots of bass tones and fat analog pads. I still own the hardware version. The D-50 inspired a lot of songwriting choices with its many colors. I also still have a D550 rack. The easy usage of storing patches on a card, or a MIDI dump into a sequencer, was useful as well.  I also own the Super Jupiter which I always loved creating patches for. I love stacking it with other synths and often use different it for horn emulations. Great bass tones from this one too!

What has your experience been like with Roland Cloud? What are some of your favorite instruments and how do our software synths stand up against the hardware in your opinion?

Using Roland Cloud has been a real gamechanger. Having all of the libraries at your fingertips allows the creativity to flow. I’ve installed Roland Cloud at the Feirstein Graduate School at Steiner Studios where I am part of the faculty and staff. I'm using this as a teaching tool in the recording studio, demonstrating a lot of the 808 and 909 original drum samples and using it in class when we record and work on projects and remixes. The students are huge fans of Roland Cloud!

I'm using this as a teaching tool to demonstrate a lot of the original 808 & 909 drum samples and use it in class when we work on projects and remixes. The students are huge fans of Roland Cloud! 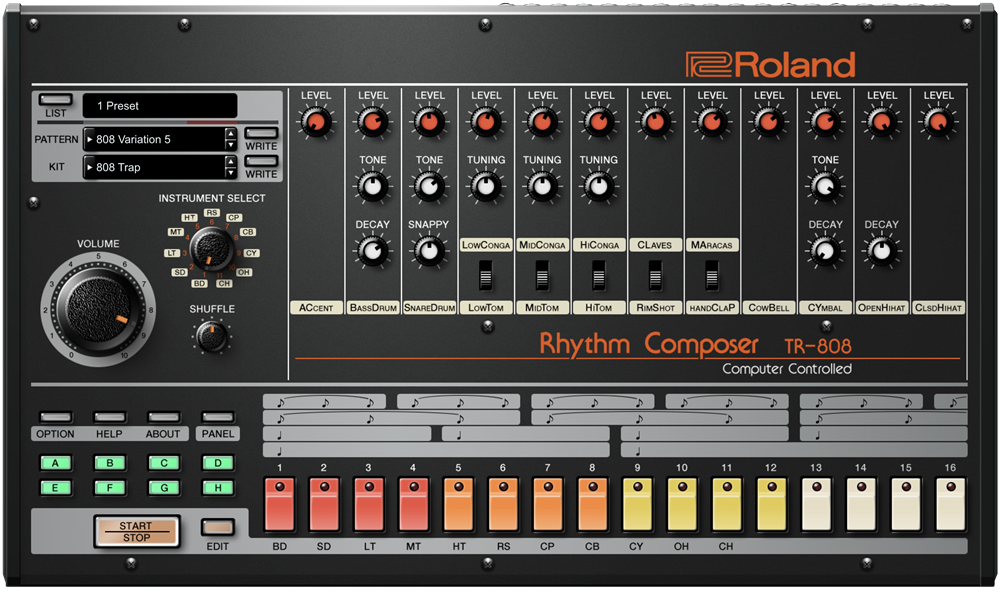 As far as the comparison between software and hardware, I think Roland has done an absolutely phenomenal job. I am very familiar with the original synths and drum machines, and so far, it’s been impossible to hear a difference, sans tactile control knobs. It’s still the real thing and very powerful.

What were your influences musically and artistically in your high school and college years? As you have matured, do these same influences still contribute to your creativity, or is everything different?

I grew up listening to a variety of different music: Motown Soul, The Rolling Stones, Chicago, Stevie Wonder, the Beatles, Ronnie Spector, Neil Young, The Jackson 5, Marvin Gaye, Blondie, Bee Gees, Earth, Wind and Fire—a bit of everything. When I was in college, there was a heavy jazz and pop influence at Berklee, but I also listened to Sting, Eagles, Peter Gabriel, The Cars, Annie Lennox, Steve Winwood, Run-DMC, Tina Turner, Lionel Richie, later Whitney Houston, and Madonna. I was a big fan of the work of Quincy Jones and Arif Mardin (Chaka Khan).

I would say that some of these early influences stayed with me and helped me create radio-friendly pop records, many of them being a fusion of hip hop, soul and urban styles. My first keyboard was a Wurlitzer (later on a Rhodes) and my first synth experience was with the Sequential Circuits Prophet 5.

Can you tell us about your teaching role at Brooklyn College? What excites you most about imparting your knowledge to your students?

I am part of the faculty and staff at the Feirstein Graduate School of Cinema (Brooklyn College) which is located at Steiner Studios, one of the biggest film lots on the East Coast. Tons of films and series are shot on location here. We're located in the historic Brooklyn Navy Yard on one of the piers which is really cool. The sound stages stretch out over the length of the pier. 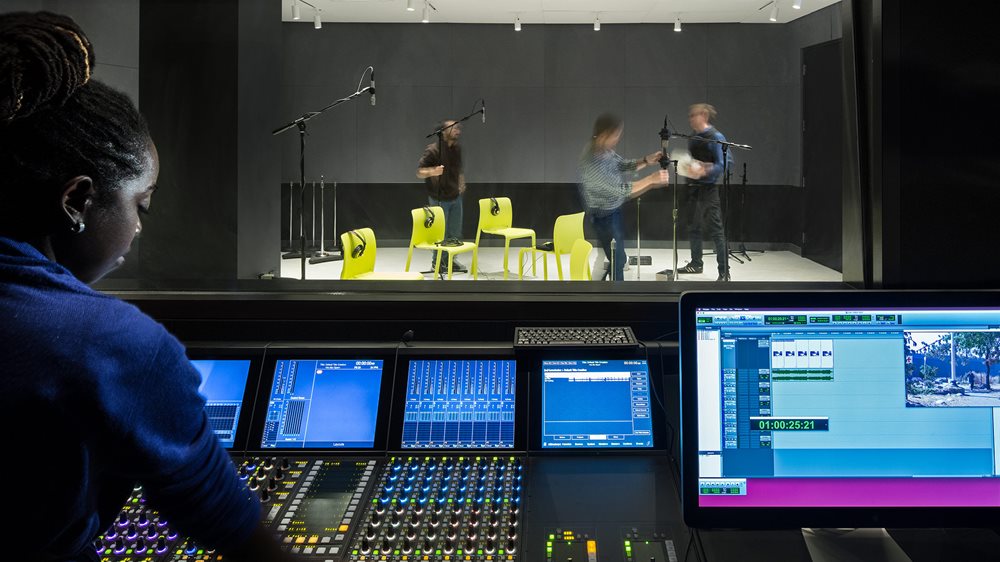 I work mostly with the Media Scoring and Sonic Arts MFA students. I also oversee some of the Post Audio students and assist in the thesis film process when all of the Music and Film students collaborate on their short films. The music students provide all the composing, songwriting, scoring, mixing, ADR, sound design, foley, and post mixdown.

Coming from the music business as a mix engineer/producer with multi-platinum hit records has given my teaching an edge. I present real-world scenarios and pass along the knowledge I have accumulated over many years of working with artists, musicians, songwriters, session musicians, and other producers. It's a great feeling to see the students grow and progress from the time they arrive to when they leave—many have made big leaps quickly. The right oversight and mentoring make all the difference. There is also a plethora of projects to get involved in at Feirstein, so students can carve their own direction.

Tell us about any exciting projects you have on the horizon.

I am currently in pre-production for a new album project I will be producing and mixing. It will be a compilation record featuring female singer-songwriters and I’ll be working on it mainly in the NYC area. I'm excited about this project, as it will feature mostly indie and up-and-coming artists and will help shine a light on women in the industry.


I am currently in pre-production for a compilation record featuring female singer-songwriters in the NYC area. This project features indie and up-and-coming artists and will help shine a light on women in the industry. 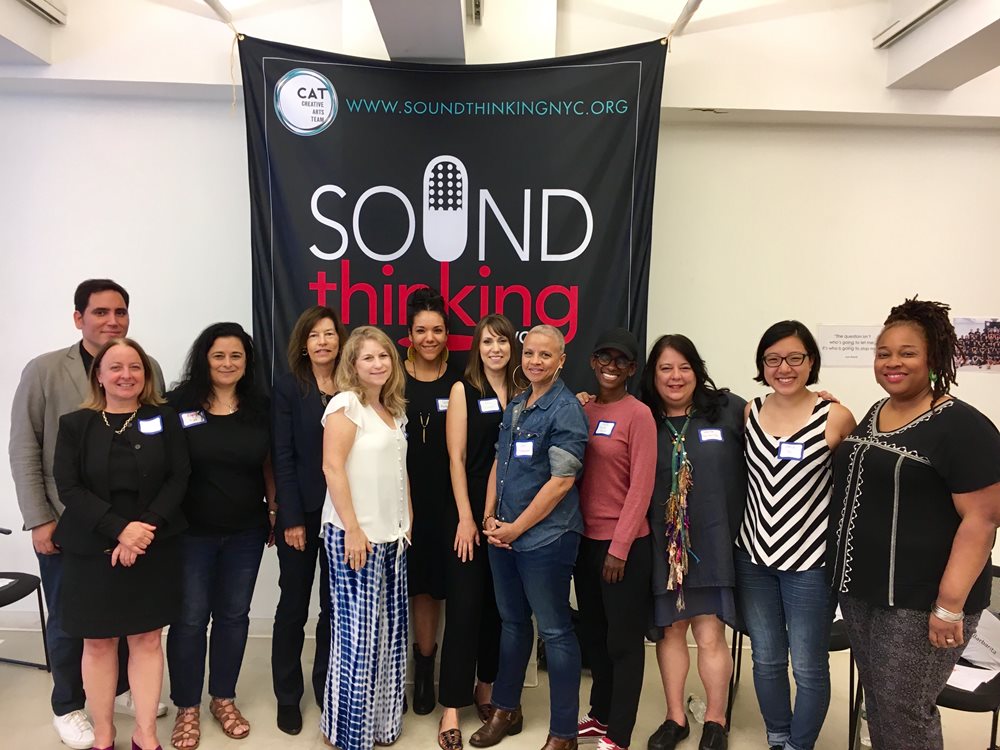 I am currently a member of NARAS, AES, ASCAP, and local AES NY Section Committee. I've also been consulting and working with CUNY and MOME on an initiative called "Sound Thinking." This is a brand-new initiative geared towards teaching young women and minorities about careers in music, recording, and media arts.

I generally teach hands-on recording workshops to high school folks and provide student mentoring and consulting to the organization. I am hopeful that initiatives such as this will help promote inclusiveness and diversity in the industry and help to level the playing field.


Photos Courtesy of the Artist