An exclusive interview with the mysterious electronic act 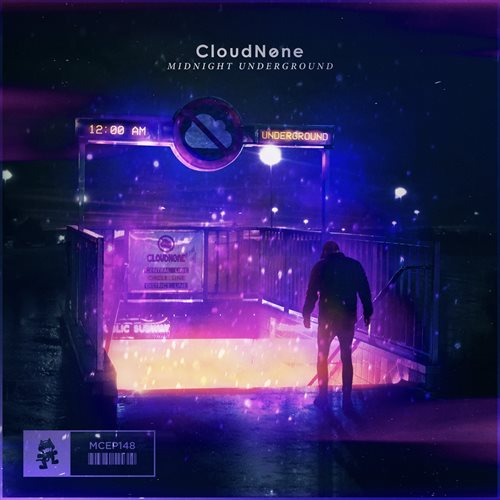 The mysterious electronic act known as CloudNone possesses a unique, dreamy sound, both utterly contemporary and timeless. With its recent signing to Vancouver, BC EDM stronghold Monstercat, CloudNone is poised to grow its already sizeable following considerably.

Tell us about the name CloudNone. Where does it come from and does it have a particular meaning that relates to the vision of the project?

CloudNone started as a form of escapism, writing as an outlet during a few weeks of depression. The writing process actually helped pull me out of that and I’ve been doing better since. In that time I had the idea of feeling the opposite of “cloud nine” pop into my head and simultaneously realized it was quite cheeky to swap a single letter and flip the whole meaning on its head. I liked it and it felt personal. 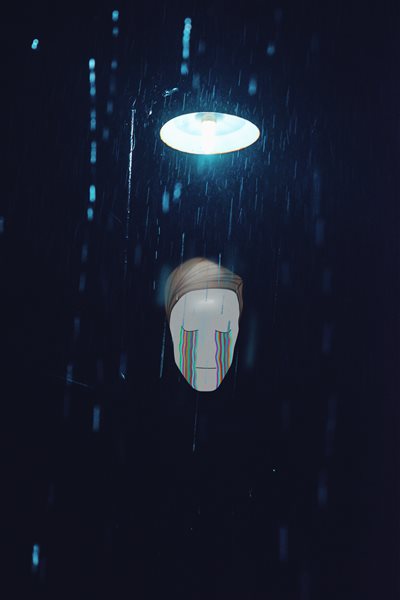 With images like closed eyes crying rainbows, CloudNone’s artwork is an apt metaphor for the project’s sound. Are you involved in the design and visual aspects of the project?

I actually created that image myself and I’m rather proud of it. I initially created it with the idea of all of the different colors and emotions that CloudNone evoked from within me. I felt like this music was quite extraordinary although I had created this color amidst a gloomy, rainy emotional state. Now that Monstercat has signed me, their art department has been doing a bang-up job with all the album artwork. I’m still doing a few minor things for social media here and there. Still, I’m nowhere near as professional an artist in that regard so I’ll keep my involvement primarily in the music.

Tell us about the relationship between Monstercat and CloudNone. What are your thoughts about the label and how they contribute to your career?

I think they injected a different life and opportunity into CloudNone than I initially imagined. I certainly would not be where I am right now without their support. It gives me optimism to push my ideas into new creative directions. I think that my newest two singles show that, with vocals being the primarily featured element on both “From Here” and “Blue To Blue.” Through the support of Monstercat and the incredible response from their community, I’ve gained the confidence to include my own vocals in my music. I’m very grateful for that. I’ve got a new EP coming out on Monstercat at the end of February that is much more vocal-oriented, and I’m incredibly excited about that shift.

How does Roland Cloud factor into your creative work and recording process?

My sound has quite a bit of nostalgia laced throughout it, so having access to all these vintage Roland synths that were initially the actual driving force on all my favorite records from earlier eras has really helped deepen that nostalgia in an authentic way.

The track you made for Roland Cloud using the JV-1080 features your trademark skipping-stone snare and emotionally evocative chord changes. Any thoughts about the JV-1080 you’d like to share?

The JV-1080 is an iconic bit of kit and I’m not fortunate enough to own the hardware, but with this software, I immediately felt its aura when I first sat down with it. So many of the stock sounds are already filled with a wave of emotion, but it’s got quite a deep capability to further those sounds and create things that feel much more custom and unique to me. Also, all the drums you’re hearing came off the JV-1080 too. I thought that was cool.

Slightly pitch-shifted vocals are a core part of your sound. What tools do you use to achieve this effect?

I’ve been experimenting with cutting and pitching audio all just within my DAW, but I’m trying to mentally approach it with some of the same limitations that artists from the late '90s would have had. Technology has become so advanced, but I don’t feel like advancement is always better, so I keep things simple in that regard.

With “Welcome to London” and its references to Clapham and London, the UK seems to factor into the CloudNone mythos. Is there a reason for that?

I actually wrote the EP very quickly and so I didn’t waste much time creating clever track titles for everything. "Clapham Rain" is literally just that, sitting at Clapham Junction on a rainy day. I had the melody stuck in my head and when I got home I put it over this bit of video that I grabbed from the station.

Where do your musical ideas come from? Are there any outside influences that would surprise listeners?

I don’t think anything would be too surprising. Sometimes, like with "Clapham Rain," I was just feeling a certain way about a particular environmental setting. Then other times, I’ll sit down at my computer and just see what comes out. I may start with a vocal sample that I’ll chop into something that will lead into an idea, or I’ll flip through some synth presets and get a feeling from something that will inspire an entire song. I love the JUNO-106 for that. I always get a feel from the JUNO-106.

“From Here” is a beautiful piece of music with an immersive mood. With lyrics like “Your eyes matched the weather,” and “Let’s get away from here,” the message of the song seems to be about longing to escape. Is that something you’ve felt in the past?

Definitely. Music has always been my favorite form of escapism. It’s easy to throw some headphones on and immediately be immersed in some other reality. That’s a feeling I wanted to capture on “From Here.”

When they appear, CloudNone’s lyrics are quite developed. What is your writing process? Do you compose music first and let the words come to you or is there some other method?

I feel like music should tell a story or evoke an emotional response, so I most often compose the music first and see what story it’s trying to tell me. Then I try to enhance that story with the addition of the words and melody.

Tell us about some of the sounds on “None Trick Pony.” In the background, there seem to be what sounds like guitars. Do you incorporate analog instruments into your production?

I do enjoy using analog instruments like guitars and especially pianos, although they’re always sampled or treated as if they were sampled. I don’t have access to anything analog to create those sounds on my own. Like, even my vocals, I have to record into my phone because I don’t have a proper microphone. In the case of "None Trick Pony," I wrote the piano melody by drawing MIDI notes into my DAW, then I treated it as if it was a sample, chopping it into bits.

Will CloudNone be performing live and what can fans expect that in the live show?

I do want to begin performing live, maybe later this year, and I’d like to do something based on triggering samples and things live from a MIDI keyboard or something. I think that since everything I do is already software based, the idea of recreating things and controlling them in a live setting is very interesting to me.

All Images Courtesy of the Artist and Monstercat Records