For 303 Day, we asked Team Roland Cloud to stretch their bass muscles and crank out some club shaking dance grooves with the software version of the Roland TB-303. You answered our call with a deluge of elastic acid house-infused tracks that tickled our earbuds as they squelched through the stereo spectrum. Roland Cloud and our celebrity judges raked through the entries and chose three bass masters who rose above the rest

The second in our series of articles on our winners focuses on Boston-based psytrance DJ Simex who wowed our panel with his nine-minute epic "Agamemnon." Read on as he waxes philosophical about '90s electronic music, Greek mythology, and how a waveform can represent the universe.

Tell us about yourself, where you are from, and a little about your musical story.

I am a psytrance DJ and producer from Boston. I got interested in electronic music as a kid in the '90s because of a local late-night radio show that played house, techno, and trance. At the time, there was no internet, so I had never heard anything like Juno Reactor, Union Jack, Man With No Name, or Hallucinogen. It sounded like music from another world, and I was hooked. Later on, I had a cool piano teacher who, upon learning I was interested in electronic music, lent me her analog synth and some trance CDs like the legendary Earth Nation's Alienated. 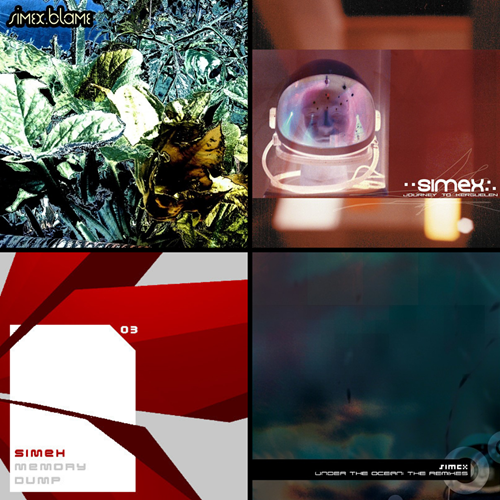 The first piece of gear I got for myself was actually a Roland MC-303 Groovebox and I made music exclusively on that thing for a while before getting any other gear. In the 2000s, DAWs had been invented and I released some techno tracks on vinyl and net labels with imprints like Heavy Industries, Thinner, Cobalt, and Hydrogen Dukebox. Now I DJ and do live sets of my own music at music festivals and parties across New England, while self-releasing my tracks. 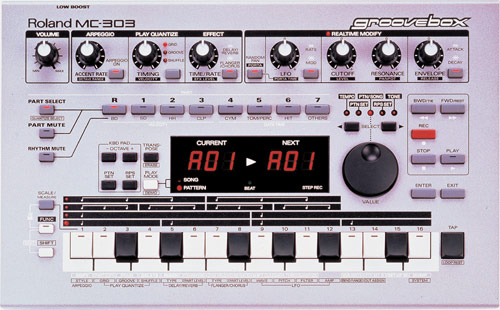 How does Roland Cloud inform your workflow and what is your favorite instrument in the suite?

I actually use Roland Cloud a lot, for a lot of different things. For instance, there's a lot of nostalgic sounding pads in the ROMpler instruments like the JV-1080 that I will use. It's one of the rare times I will use presets, but if I were making my own pads, I would probably be trying to emulate those classic patches anyway. I use the 909 and the 303 in every track—I was previously using the TR-09 and TB-03, but those are now controllers for the VSTs. I use the new Drum Studio to do drum fills that sound like they're sampled from a recording, which is a good way to break up an otherwise synthetic sounding track. 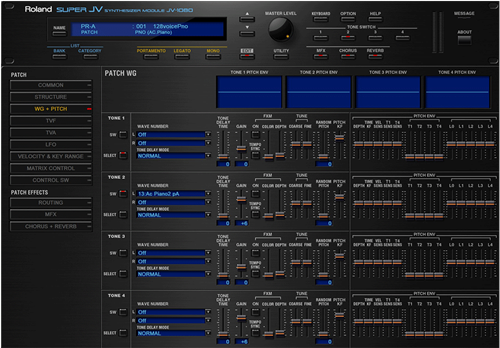 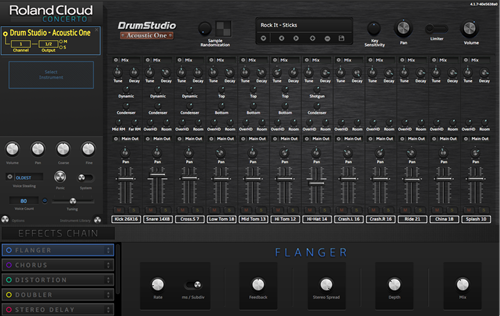 I use the new Drum Studio to do drum fills that sound like they're sampled from a recording, which is a good way to break up an otherwise synthetic sounding track

I initially got Roland Cloud for the officially sanctioned analog modeled VSTs. My favorite one is the SYSTEM-100, because to my ears it is a very analog-sounding plugin with a distinct character and the feeling that it is an instrument and not just code. The ability to make new patch connections really makes it a rare soft-synth, and the fact that I can send it to the SYSTEM-1m and physically patch it is just so slick. The phaser sounds really good as a bonus. 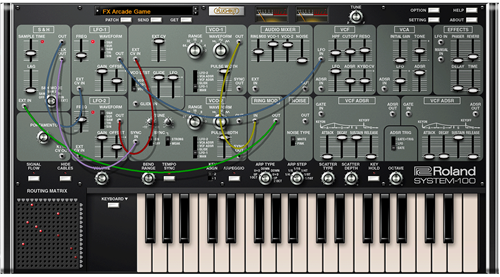 Tell us about your experience using the TB-303 and creating your nine-minute epic "Agamemnon" which won Battle of the Bass Line.

Well, as someone who uses 303 in every track, it's super convenient to have a 303 plugin. The added sequencing functionality, and the VCF trim are great quality of life additions to the classic 303 workflow. On this particular track, some of the parts are recorded from the audio out of the TB-03, and some parts are the 303 plugin with recorded knob tweaks coming from the hardware as MIDI. I concluded that it didn't make a big difference whether it came through the pre-amps or not, especially when you're going put distortion on it anyway. I actually used the built-in distortion in the plugin, which I found to be well suited to the 303 sound.

Do you have a premeditated approach to composition or does each piece you create stem from circumstance or spontaneity? Are there any rituals that help facilitate your musical process?

I'd like to say that all of my songs are premeditated, because in my experience premeditation yields better results, but most of them are very spontaneous and momentary. It's more like turning the faucet on than it is like building a house. I feel like all of my songs are part of a larger meta song and because of the limitations of time and computer processing I have to break it off in to little feasible chunks.

I'd like to say that all of my songs are premeditated, but most of them are very spontaneous. It's more like turning the faucet on than building a house

The process of making music is the ritual for me. I find that if you make music on a frequent and regular schedule, you don't have to wait for inspiration, because you will be giving yourself so many opportunities to become inspired by whatever you're doing that it will just happen naturally.

Are you a perfectionist, or do you consider errors opportunities?

Errors are definitely opportunities, especially when it comes to synthesis, but I am careful not to rationalize laziness with this mentality.

What are some of your main musical and artistic influences, and what is it about them that captivates you?

I'm mostly influenced by the electronic music that was coming out in the '90s. Hardfloor, Orbital, Underworld, Juno Reactor, and music from that era. At the time, electronic music had a quality that was very futuristic and transported you to another world. 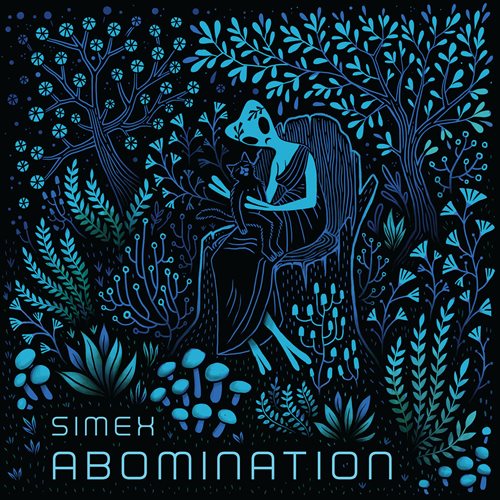 I'm also more abstractly influenced by the ancient world and mythology, and the idea that music in the ancient world also was used to transport people to another world. For instance, in ancient Greece, the myths were told by bards who set them to music. My last album has lots of mythology themed songs, and I'm currently working on a three song EP based on the three acts of The Oresteia. This track, "Agamemnon" is the first act.

I'm also influenced by the ancient world and mythology, and the idea that music was used to transport people to another world. ​

Would you consider yourself a musician, producer, or both? Tell us why?

I can play a few instruments just well enough to write music on them, but I wouldn't call myself a musician.

Do you consider music a spiritual pursuit?

Yes. Very much so. I could write a book on this topic, but I will try to keep it short. The universe is a single thing expressing itself variously, it is energy moving. Sound is also a single wave, the movement of which, can create the illusion of many different things. You look at the waveform and it is just one line, but when you hear the music you hear different distinct sounds. I think this is a perfect representation of the universe, and a part of my motivation to create music is gratitude and respect to whatever created this universe.

You look at the waveform and it is just one line, but when you hear the music you hear different distinct sounds ... part of my motivation to create music is gratitude and respect to whatever created this universe.

Then there's the connection sound has to the deep recesses of our evolution. For instance, the reason why things around 4kHz often sound harsh or annoying is because that is roughly the frequency of a baby crying. A baby whose cries are not ignored is more likely to survive, and so we have a very ancient and deep feeling we get around that frequency. Things that sound aggressive often have the qualities of growls or screams.

The rhythms of drums maybe correspond to the mechanical movement of the body? Dance music compels us to dance for reasons we could never articulate, but it is undeniable. This strange connection to the mysterious past of humanity, and even all life on earth, is very sacred and I believe the source of the "power" of music.

What’s next on the horizon for you and where is the best place to find your music?

I'm working on a new EP which will hopefully be done by the end of the year and I will be playing live psytrance at Circles of Light festival in June. 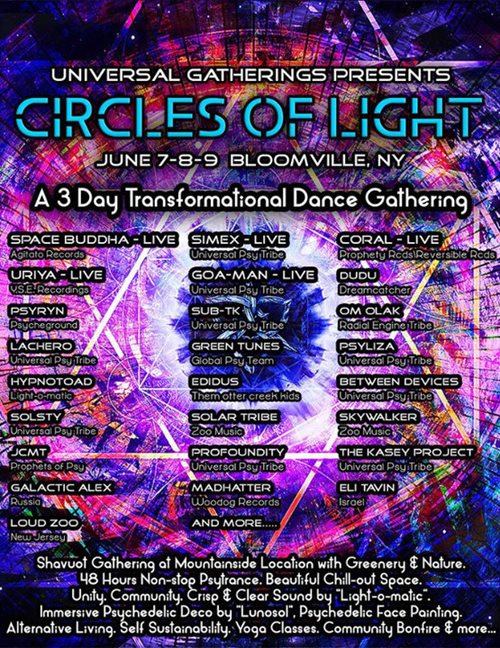 The best place to find my original music is simex.bandcamp.com. if you're interested in DJ mixes hearthis.at/simex, and follow me on Instagram to see how the sausage is made.

Photos Courtesy of the Artist