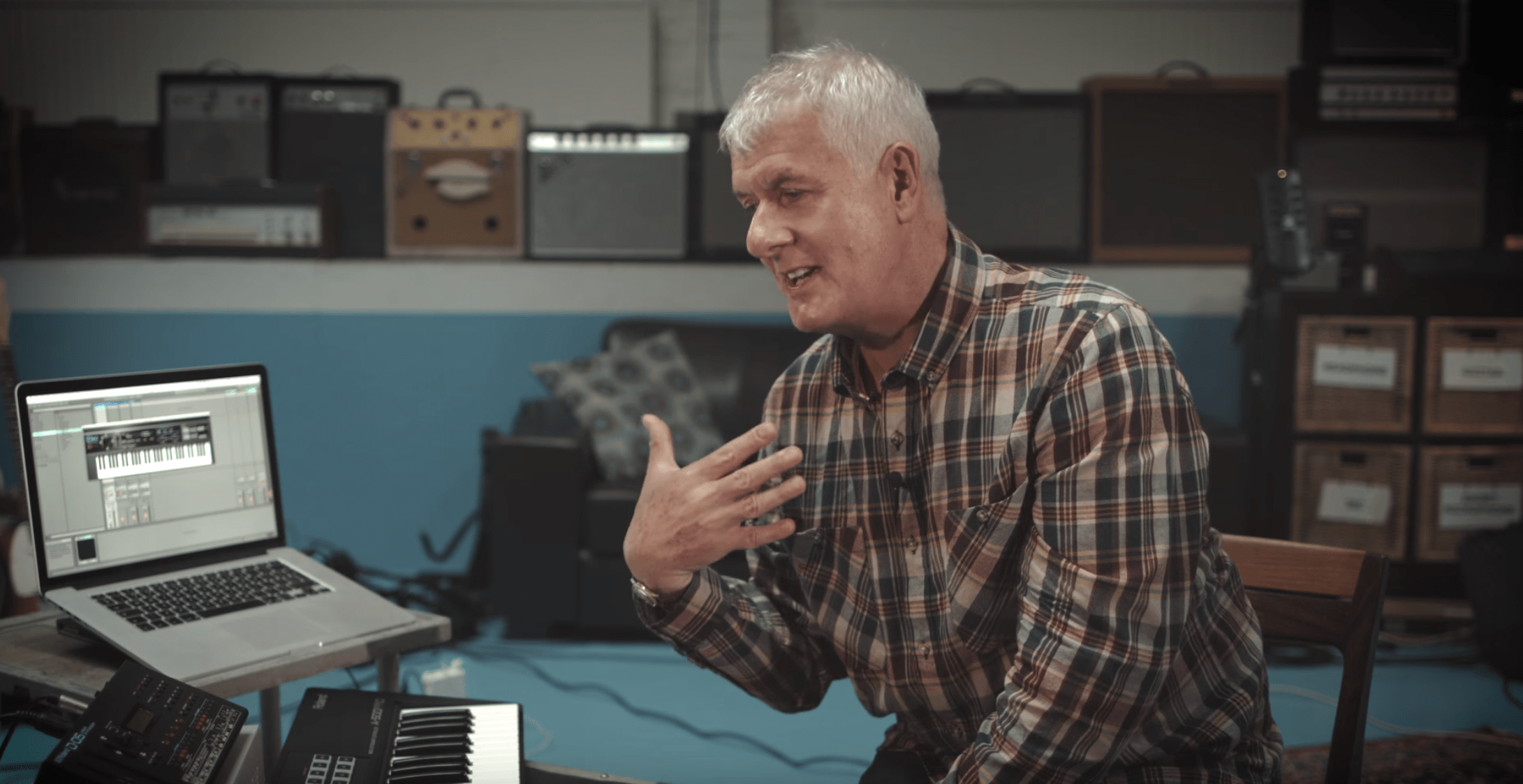 On Scoring Hyperbrawl Tournament and the Game of Production

As the music industry continues to morph and change with the advent of streaming services, new delivery platforms, and music creation tools, producers are diversifying as well.


Steve Levine's lengthy career includes work on classic albums by Ziggy Marley, China Crisis, The Beach Boys, Motörhead, The Creatures, and others. Of particular note is his role as Culture Club’s producer, a relationship that led to the massive worldwide success of Kissing to Be Clever, Colour by Numbers, and Waking Up with the House on Fire.
‍
Always eager to test new waters, Levine recently completed the score for Hyperbrawl Tournament, a video game from Liverpool-based Milky Tea Studios. Described in its press release as a fusion of “no-rules American Football with weapons and brawling melee action,” the visually striking title is currently available through Apple Arcade and will see wider release in 2020.

An early adopter—he famously was the first English producer to work in an exclusively digital environment—it should come as no surprise that Levine is a vocal proponent of Roland Cloud. In this exclusive interview, the legendary producer shares details about his workflow, describes some of the differences between working on games and albums, and offers tips for young composers. 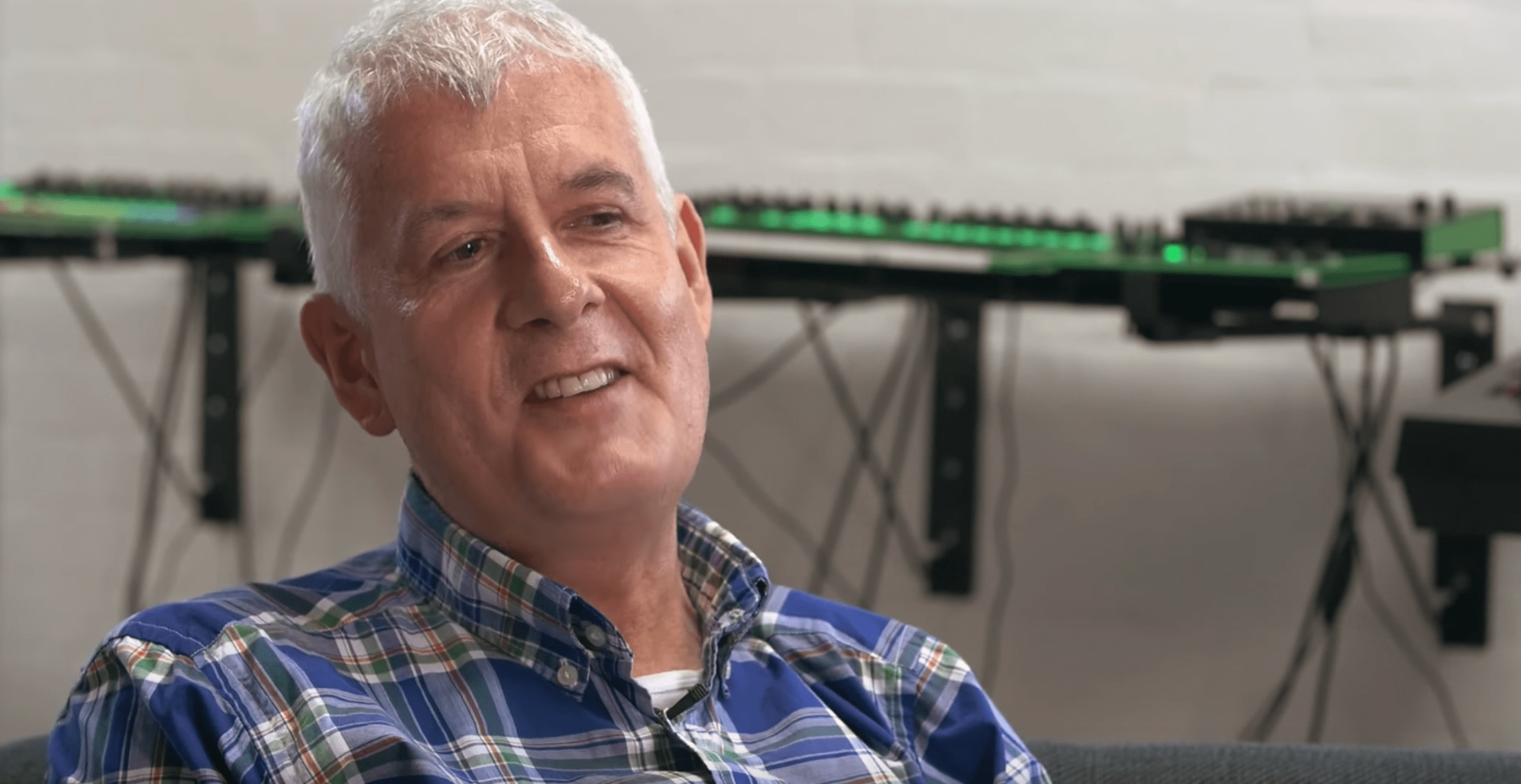 Tell us about composing for Hyperbrawl Tournament. Did this game pose any unique challenges?

The main difference between game music and a regular “pop” session is the way the composition and the production are very specific. For a game soundtrack, the music may have a to be an exact length and it also needs to have the ability for the rhythm or melody elements—or—to be looped. The looping has to be designed in a way that doesn’t get boring and indeed maintains the excitement of the gameplay.

Coming from your extensive background in pop and rock music production, how did you transition into game design?

In a way, my background in record production and film composition was the perfect blend. The music has to have the same production elements that you might use on a band’s record. This soundtrack features super high-quality recordings and, where necessary, high-quality lo-fi recordings to create the 8-bit sounds of some of the vintage games of the ‘80s.
‍
One key skill in regular record production, and something I’m very experienced with, is the ability to sonically recognize specific instruments or tones, especially synthesized sounds in a pop context.

Many artists, when you work with them, may highlight a specific part of a track they admire. That might be the drum sound, the synth sounds, or even studio FX like a certain type of reverb or delay. That knowledge is essential in the game world as the soundtrack has to constantly convey a “world” or “space” or an “environment.”

The melody and chord structures, however, probably owe more to TV or movie soundtracks. I have created a few movie scores, so I have some experience in that area as well.  Therefore, I found it a relatively easy transition.

This soundtrack features super high-quality recordings and, where necessary, high-quality lo-fi recordings to create the 8-bit sounds of some of the vintage games of the ‘80s.

What role did Roland Cloud play in the creation of the music for Hyperbrawl Tournament? Were there any particular instruments that became go-to choices in finding your musical palette? How did they make this process easier than it would have been twenty years ago?

The great advantage of Roland Cloud, especially in the rough demo or sketch stage, was to have all the classic synths at your disposal. The ability to initially have multiple instances of the same synthesizer running together (something that would be difficult, and very expensive) is one of the wonderful features of the cloud.
‍
Once a track was created and approved, I could easily start printing or rendering the audio and in some cases double the sounds with my vintage hardware.
‍
This was especially true of the D-50 as I have the Roland Cloud version, the new Boutique 05, and my original D-550. The latter has some of my own sounds I created many years ago, but instantly evoke the sound of the ’80s. This was very important to the overall tone and vibe of Hyperbrawl.

I also loved mixing, say, the JUNO sounds with the JUPITER sounds. I also used the JUPITER arpeggiator on many of the parts as this added an extra melody or rhythm and is very different from the often more-complicated DAW versions.

‍I also loved mixing, say, the JUNO sounds with the JUPITER sounds. I also used the JUPITER arpeggiator on many of the parts as this added an extra melody or rhythm and is very different from the often more-complicated DAW versions.

The new TB-303 was used with the sequencer as that often created cool musical bits that I could render out of the track and re-position in different spots.

Finally, lots of TR-808, TR-909, etc. I also used the hardware TR-8 on a few tracks as I like the instant hands-on way of creating a rhythmic beat. Apart from Roland Cloud, I used much of my Eurorack modular synths and some of my vintage hardware drum machines my Linn LM1, Simmons SDSV, and CR-78. 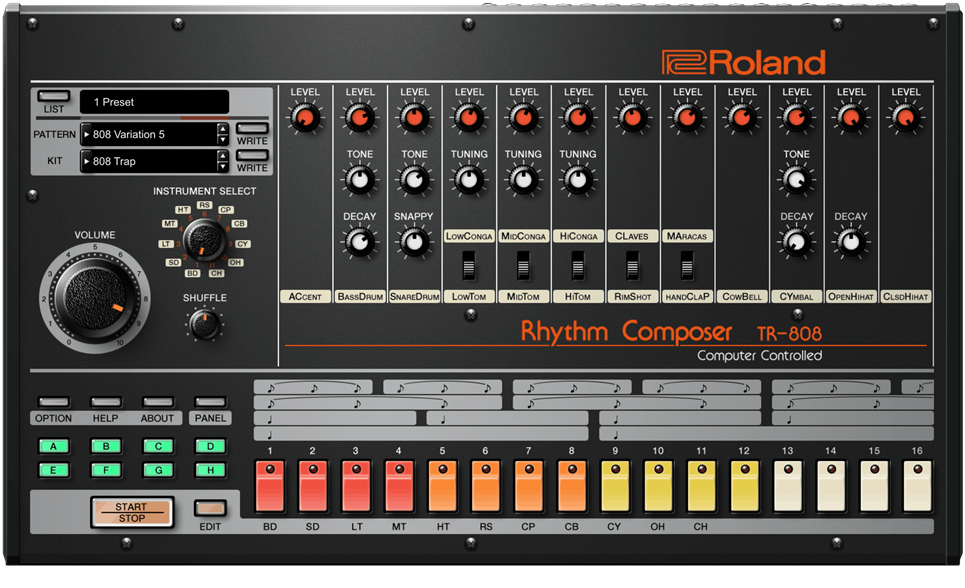 The game is currently available for Apple Arcade, with versions for STEAM, XBOX ONE, PS4, and Nintendo Switch coming in 2020. Are there any challenges in creating music to be used across multiple platforms?

Not from my end, as this was handled by the post-production team. Most modern game platforms allow the use of multiple stems rather than just a stereo mix. Having stems allows for a lot of creative balance in real-time so that the game soundtrack can always sound fresh. 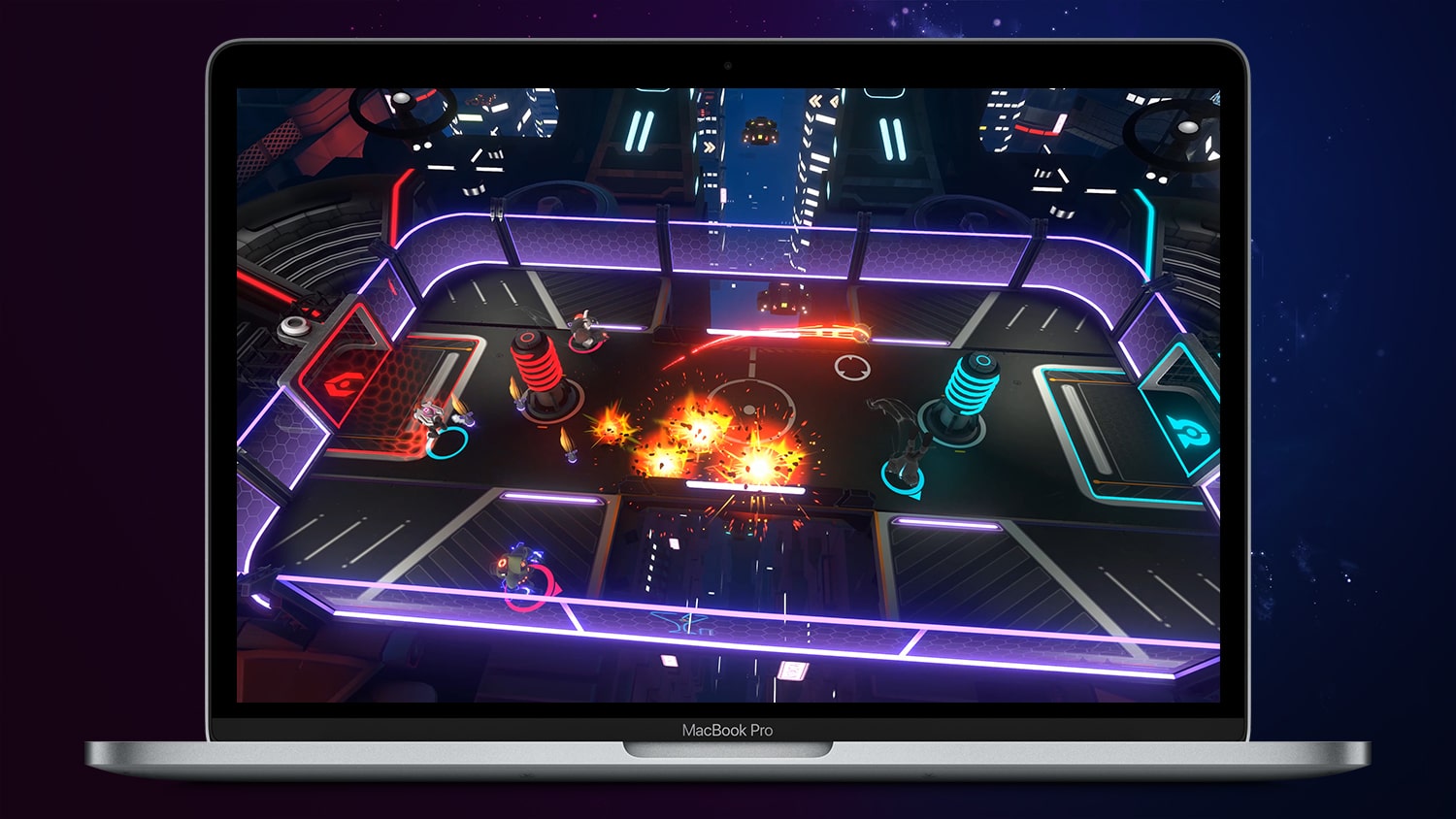 How would you describe your workflow for a project like this one? Do you work to picture exclusively, or come up with themes beforehand?

Milky Tea (the game’s production company) would supply me with both still images and gameplay. Where it was gameplay, I created a lower resolution video and ran that in sync with the DAW. I had the ability to cross-reference the music with action to make sure that the excitement was maintained.

The team at Milky Tea was really superb to work with—especially if I did a bit they didn’t like. They would send very specific feedback. This was actually really helpful early on as we started to establish sounds and beats they really liked so each new piece of music became even more focused.

Which DAW (or combination of DAWs) do you use in your process?

For this project, mostly Logic Pro. However, I also use Isotope RX. RX was really useful and extremely creative for some of the sound design elements. For this project, 80% of the sound FX I created myself. I found it much easier to create exactly what I needed, and it could fit perfectly with the music and the action.
‍
I also used the stand-alone version of Melodyne. For example, if I used a sound library FX and needed to exactly change the key or chord to fit the score. I also used Synchroarts ReVoice again as a creative tool to pitch shift or time-align my “vocal” sound design.

How integrated are you in the development process of a game like Hyperbrawl Tournament? Do you work with the designers daily during production, or send music in chunks and let them chop it up? 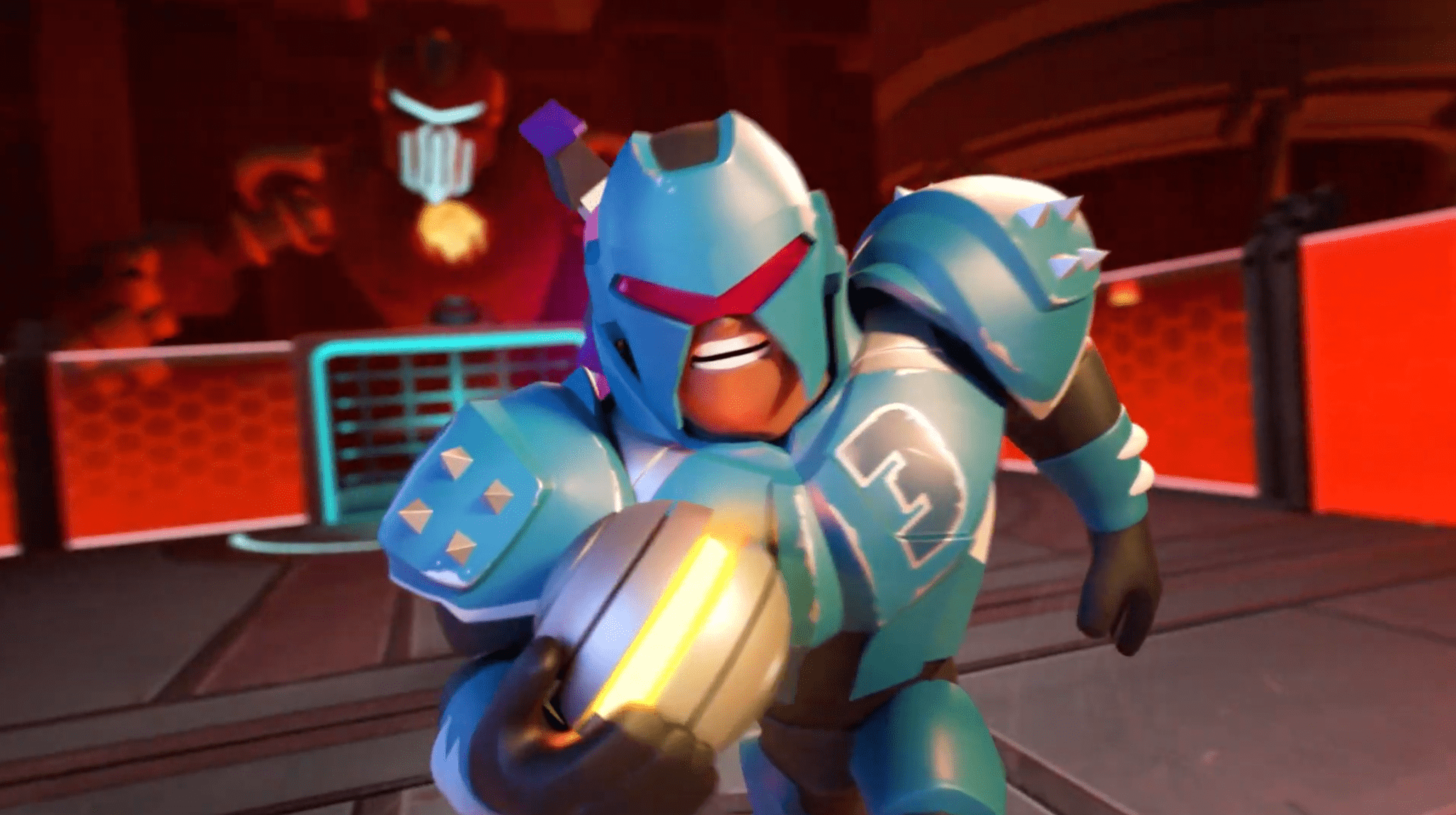 The music and stems were delivered to the post-production house as completed works. I left enough “wriggle room” in the stems for them to adjust a level here and there. For example, if a specific music ride or hit didn’t work visually with the final gameplay.
‍
But they didn’t need to “chop it up.” I made sure everything worked from my end first. Milky Tea came to the studio sessions at regular intervals during the recording stage. They are located within walking distance of my studio which really helped.
‍
Conversely, if I was especially excited about a bit that might be starting too far away, I could ask them to pop 'round to double check before I went too far! I would also supply Milky Tea with a 90% rough stereo mix to “sign off” on once that specific arena was approved. I would then create the final mix and stems for the post house, call them, and talk through what I was uploading.

Communication and having a good dialogue with the client about what works sonically—and indeed what doesn’t work—makes for a happy production and session. That’s also very true working with artists.

You have such an amazing production discography including seminal records by Culture Club, The Creatures, and The Beach Boys among many others. What specific lessons you learned in your career that have served you in the gaming arena?

Communication! In this case, Milky Tea were the client and having a good dialogue with the client about what works sonically—and indeed what doesn’t work—makes for a happy production and session. That’s also very true working with all the artists you mention. 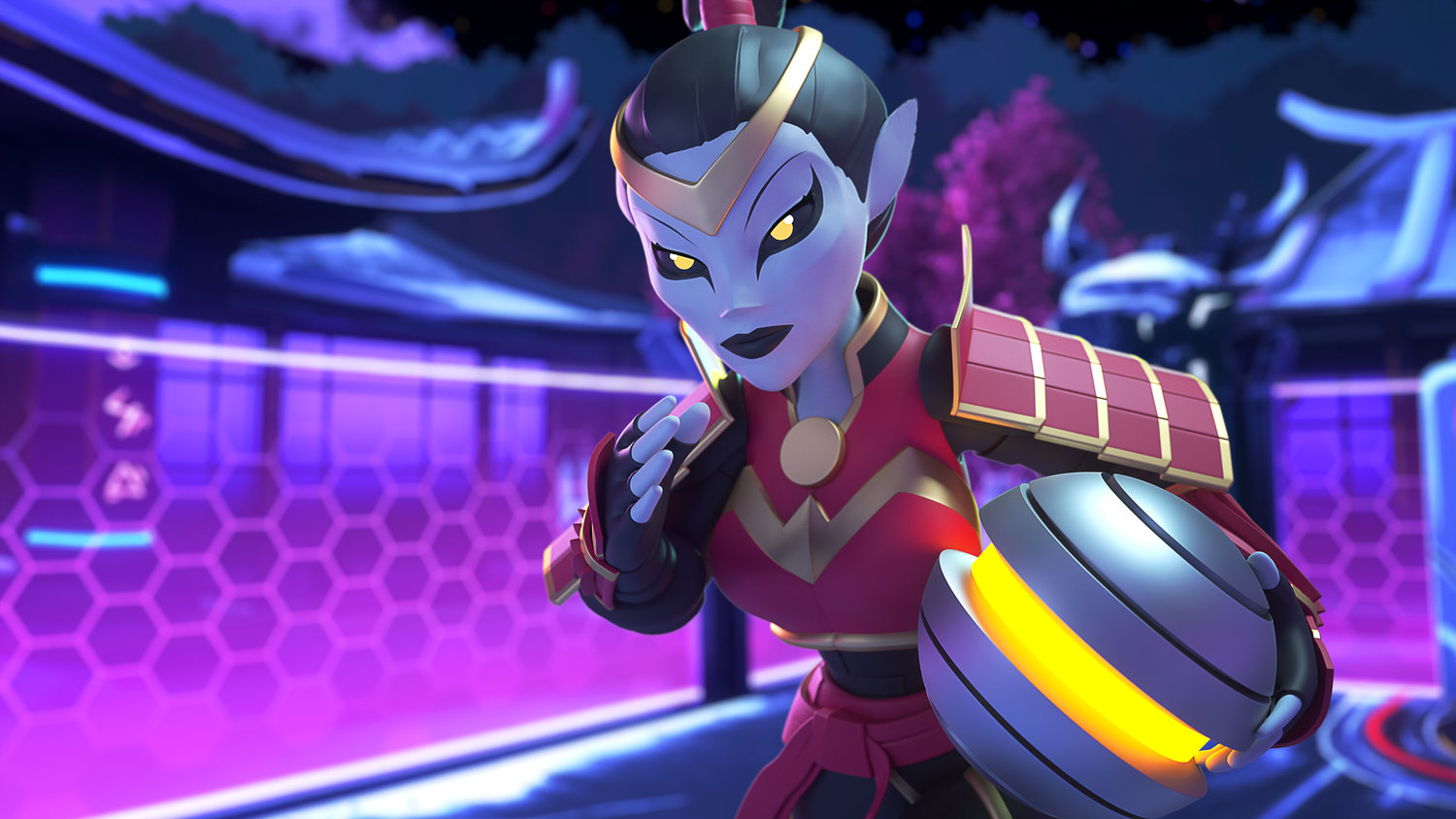 The animation for this game is stunning, particularly how developed each character feels. Did you find yourself inspired by the characters themselves? Do some even have individual theme music?

Yes, I agree. The render on the characters makes them look and feel so real. It’s the specific colors of the outfits or head shapes that inspired some of the music. In some cases, the “place” in which the arenas are set also lends itself to a certain time or tone. That’s heavily reflected in the music and even the choice of instruments I’ve used. It’s very similar to a movie in that respect. 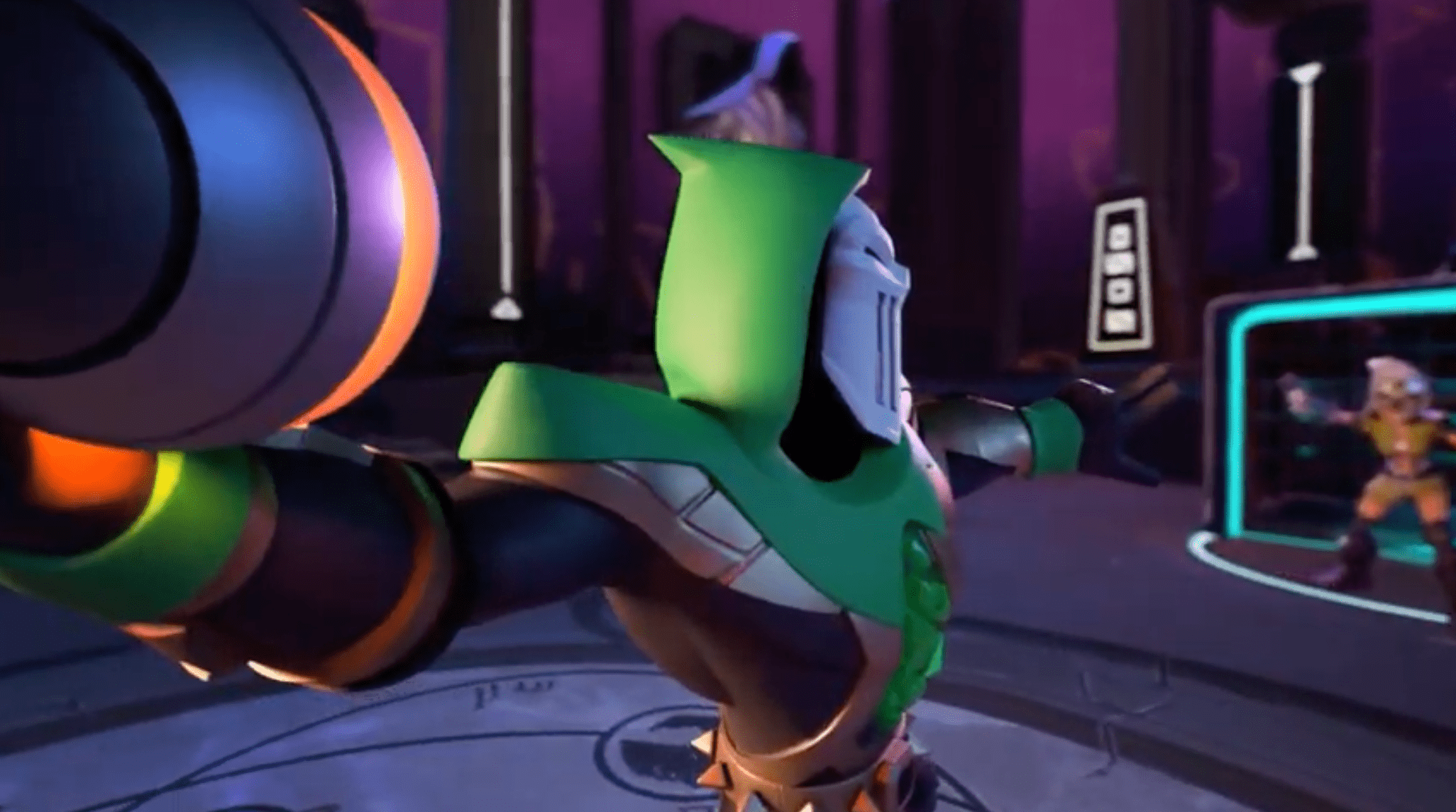 Do you have any game composing or music production projects on the horizon you can tell us about?

The Hyperbrawl Tournament soundtrack album will be coming out next year and will be pressed on vinyl, so look for that.

Also, I produced a reunion album for The Vapors which was amazing. The band’s lead singer David Fenton is very fortunate, actually. His voice sounds almost identical to how it did thirty years ago. David’s son, Dan, is in the band now which adds another layer of color. That record will come out this Christmas or next year. There’s a genuine fan base.